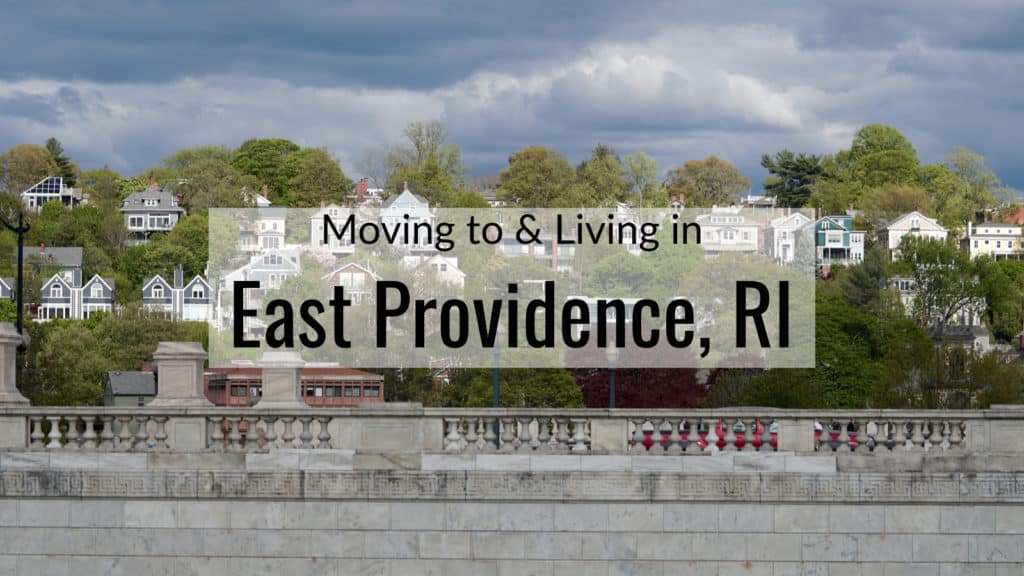 East Providence could be considered a small city, with a population of 47,449 at a distribution of 3,500 residents per square mile. The median age here is 41.5, which is a little bit older than other cities of similar size in the United States. Demographically, East Providence is fairly ethnically homogenous, with 79% of the population being Caucasian, black and Hispanic communities being 6% of the population, and Asians accounting for 3% of the city’s residents.

Even though East Providence is a pricey place to live, the culture, history, and beauty more than make up for the price!

If you or a family member are interested in higher education, East Providence is chock full of excellent colleges and universities! For starters, you’ll find the Brown College, a historical Ivy League university specializing in scientific research, within ten miles of city limits, as well as other prestigious colleges like the Rhode Island School of Design.

East Providence is beautiful, but beware of snow and rain! Making sure you’ve got outfits for the cold is vital, while summers here are generally pretty comfortable. You can expect highs of 83 degrees Fahrenheit in the summer months, and lows of 20 degrees Fahrenheit in the winter months. East Providence also experiences more rain and snow than the national average, getting 49 inches of rain and 35 inches of snow yearly. If you’re planning on visiting East Providence, the best time to do so would be June or September.

East Providence is home to several distinct neighborhoods, as well as lots of smaller communities if those ones are not to your taste.

If you’re interested in more modern developments, you’ll want to check out the waterfront developments around the Seekonk River. Formerly an industrial area, the area has been rebuilt with new residential buildings to form a new neighborhood.

There’s also the villages of Riverside and Rumford, which have their distinct cultures and history. Needless to say, you’re certainly not starved for choice in East Providence!

If you’re interested in seeing East Providence, RI homes for sale, you can see the latest listings for yourself here.

Those looking to make a living in East Providence should know that wages have been decreasing recently, while cost of living has increased. However, the beauty, safety, and culture of East Providence more than make up for the price! The most prolific employers in East Providence are Santander, East Side Clinical Laboratory, and Athena Healthcare, Inc. Additionally, the most popular positions here are certified nurse assistant, registered nurse, and administrative assistant. The average hourly wage in East Providence is $18.00, while the average yearly salary is $59k.

East Providence is not unique in its concentration on healthcare industries. To be successful here, nursing and administrative duties are your best bet. If you’re interested in seeing what jobs in East Providence, RI are available, you can do so here.

Things to Do in East Providence, RI

If you’re looking for great shopping while living in East Providence, this city provides plenty of great opportunities, with great plazas like the Wampanoag Plaza and Narragansett Park Plaza. East Providence is also home to a plethora of fun attractions for the whole family!

Looking to get some laughs while staying in East Providence? Look no further than Comedy Connection! With both stand-up routines and a bar, Comedy Connection is sure to make your night a blast!

The Cape Verdean Museum Exhibition is a modest museum set-up dedicated to the culture and arts of Cape Verde, located right here in East Providence.

But that’s not all! Check out some more things to see in and around East Providence below:

East Providence is also home to plenty of great eateries and fancy restaurants to fit any kind of taste palette! Check out a sample of what East Providence has to offer below.

Interested in experiencing that Portugeuse culture in East Providence you’ve heard so much about? O Dinis is the place to get started! A family owned business serving Portugeuse dishes, O Dinis is the closest thing you’ll get to the totally authentic Portugeuse food experience in America!

If you’re looking for the classic American grill and bar experience while staying in East Providence, look no further than Davenport!

Ready to start your journey and begin your move to East Providence, RI? Correira Brothers can help! From storage to transportation to customer service, Correira Brothers will transform your moving experience into a painless and stress-free process! Fill out our online form or give us a call for a free quote today!